Facebook has a way in bringing the worst qualities out of men: desperation, annoyance and lameness.

The “worst” might not seem bad at all for men who continue to compliment women over Facebook and cyber-gawk all over their photos.

Nevertheless, “positively” commenting on sexy photos of women is simply lame, generic and Beta, and it will not win you any brownie points with the girl.

In fact, go so far as to NEG her on something whereas you’d stand out from the crowd of stalkers.

Be fucking “CHEEKY” [which is a NEG]!

Ok, so earlier today on Facebook, a girl who I went to elementary school with back in New York City, had posted a scantily clad photo of herself in a bikini while on vacation recently in Puerto Rico.

As expected, the Betas who you would think never laid eyes on a woman in bikini before, hurried to comment on the photo, virtually drooling at the mouth with every comment typed.

By the time I decided to leave my 1st and only comment (solely because this post kept popping up on my feed), her photo had already amassed a whopping 70 comments within no time! 😯

The following screenshots were of some of the comments left by numerous guys on the photo post [included women]. 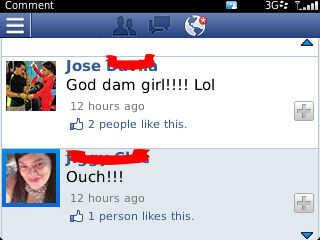 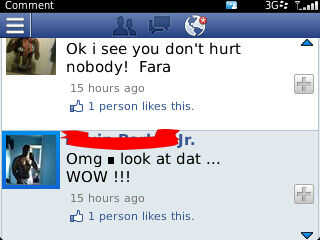 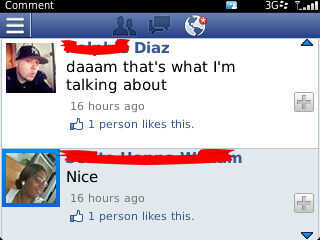 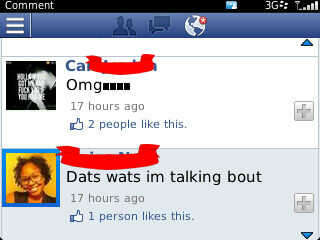 The not-so-surprising thing is that the girl never acknowledged any of the above ass-kissing generic comments. She did hit “like” out of pity and adherence to social protocol but she could care less for the sweet compliments dished out by men.

Now, check out my comment and how much it differs from the groupies and why it stands out. 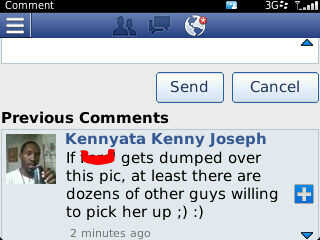 The not-so-surprising thing is: she responded directly to my comment as expected by me.

Such is the power of a NEG, banter and cheekiness, where the girl is almost forced to respond. So I was immediately set apart from 99.9% of the ass-kissing compliment-givers as a guy with higher value because I didn’t compliment her on her sexiness [rather I insinuated something negative].

As you can also see from her screenshot, she ensured that I was tagged in her reply, which in a subtle way, signals investment on her part [a huge plus].

On 1 hand: while my comment was subtly tooling the other guys, it was setting me apart in the girl’s eyes.

Not to mention out of about 50 comments from other males, she had only replied to mines while declining to reply to the comments of the other men. 😉

Not to mention also, my comment was the only 1 which wasn’t a compliment nor was it expressing fondness for a nice piece of ass.

Doing so, immediately triggers something inside of the girl which makes her a bit self-conscious. Moreover, once a girl realizes that she’s already gotten you sold and attracted to her, her interest level (if there was any) will have plummeted.

On the contrary, if you communicate to a girl that you are NOT sold on her, then she will work towards selling herself to you.

The way in which this chick demonstrated that (subconsciously), was to reply to my half-cheeky, half-tooling comment on her photo.

This was her way of trying to gauge whether I was sold on her or not. Or whether she can win me over like the rest of the guys who were immediately sold from the get-go.

The entire process causes her to “Invest”!

Nice-generic compliments such as “sexy”, “nice”, “hot”, “beautiful”, etc. don’t force the girl to have to invest since she is “PRE-PROGRAMMED” to deal with such statements and comments.

A hot woman is NOT used to guys side-lining her or downplaying her physical affectations and hotness.

She expects for every guy to proverbially scoop her poop as she struts around commanding guys to become ass-kissers.

Ninety nine point nine percent [99.9 %] of men, will automatically play the role and kiss-ass. Essentially giving the girl her fix of validating, not realizing that doing so [complimenting] will have lowered their chances and cause the girl to value them less.

Hence, this is why it’s SUPER-fucking key to ignore hot women [using False Disqualifying Technique] and treat them as though they’re your little bratty sisters:

“Girl go put on some clothes! No one wants to see you half naked”!

You get the point.

This is more so powerful when done online or over Facebook.

In closing, I’m not saying that you shouldn’t appreciate a girl’s outer beauty, booty or any other aspects of her physique.

The problem lies in the way you respond to it [her physical appearance].

Photos of women donned in sexy outfits, gets those girls constantly hit up online by stalkers, pervs, avid masturbators and guys who are lonely.

As a guy, you never want to fall into neither of those 4 classes.

The only way to avoid this is by doing/saying the opposite of what the majority does/says.

Most men give compliments.

Hot girls are looking for the slightest reason to disqualify you.

Complimenting her (online), will provide her that reason to say “NEXT”!

At the end of the day, it comes down to “challenge”.

Everyone likes a challenge; whether he/she be male or female!

If a guy wins a girl over too easily, he won’t value her as much.

Likewise with a girl. If you [the guy] put up no challenge at all, the girl will have deemed you of having lower value.

Things that are of value and worth, are hard to come by.

If I were to find a $20 bill on the street, I am liable to spend it recklessly since it has less-perceived value because I did NOT have to work for it. It presented zero challenge in its attainment since after all- I found it on the street by chance.

On the other hand, had I attained this $20 bill through some form of hard work (be it physical or psychological), I would think twice to just spend it impulsively without forethought.

Hence, people value what they have to work for, struggle for, and what presents them challenge.

You can simply see how this analogy ties into picking up women (online).

The more you appear neutral or somewhat disinterested towards a hot girl or a hot girl’s photo or posts, the more of a psychological challenge you present her.

This’ the state in which you want the girl to be in: unsure of whether she has you or not!

Unsure of whether you want her or not.

Unsure of whether she’s sexy enough for your eyes.

These strategies are classic-PUA seduction tactics which you should employ “A Fucking SAP”!

Ok, so with the girl’s consent, I’d posted the actual photo which is the subject of this post.

By the way guys, girls love it when guys tool themselves out with nice-cheesy generic compliments. This reality is more reason why you shouldn’t compliment women online unless you have ZERO ulterior motive apart from genuinely giving a compliment.

In the video of mines below, I break down NEGs, what are they and how they’re used in attracting women. 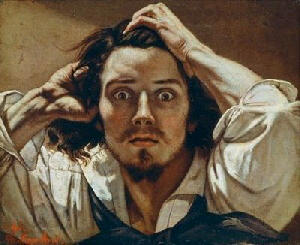 But first, let me say that we’ve all been there.

Not specifically in my shoes, but we’ve all done weird- DLV shit in attempts to pick up.

Surprisingly though, what I did actually seemed to charm the girl opposed to weirding her out!

Now I don’t know how many guys do this or maybe I’m just the only one to think out the box.

Ok enough with the suspense-here it goes:

Reading a local newspaper one day [the Antigua Observer http://www.antiguaobserver.com/%5D, ran across an article about “employee of the month”.

It featured an HB9 who actually won the national award (kudoos).

But this chic was smoking like a house on fire! Nice ass, decent tits, good smile…

So what a ladies’ man/PUA to do?

Ok, maybe that was a desperado-beta move- so kill me!

Anyways, took out my smartphone then immediately looked her ass up on Facebook.

Fount her, poked her, she replied, I replied with some lame-ass reason as to how I knew her.

We # exchanged and it was ON from then!

I must’ve really been bored.

That was borderline stalkerish when I retrospect.

Thought she would’ve rejected me once I told her how I got her info(name).

Maybe it’s the way transitioned playfully and kept the mood light; which in turn allayed any possibility of fear.

If I’d online approached her with, “wow Im so in love with you”, she’d probably run for the hills [rightfully so].

I’ll have a part 2 breakdown to this.

No I’m not a Facebook hater, but trying to pick up random girls on there is almost always a futile mission from the get-go.

Those who follow my posts on the Pick-Up Artist Forum, would’ve read a thread where a forum leader (Kasabi), broke it down pretty simple, “some sites attract certain women”.

Seemingly vague until I’d pondered it.

What he meant was, Facebook, in particularly, is geared at strictly social networking- not to hook up.

I think a lot of us men miss that cue. It’s not POF, Match.com nor any other dating site.

Majority of the hotties on Facebook just want to gossip and talk shit with their girlfriends.

If they were looking to be laid: there are many sites for that.

Im not saying it’s impossible to pull some FB ass. But from my exprience, 90% of those pulls turned out to be serial flakes.

I used to beat myself up wondering why all of my FB pulls result in flakes!

Those girls weren’t on FB to get laid; and I missed that subtle dose of reality.

The only semi-solid chance at hooking up with a girl on FB is via mutual friends/ social-circle game.

However, to cold approach a random hottie on Facebook, without having mutual friends at best, is tantamount to a suicide mission.

Yes, she may reply out of curiosity, “Do I know you”?

You may even get 2 replies if you’re skilled. But the vibe will eventually go cold as a limp dick [not that it was hot to begin with].

Yes, I’ve had maybe 50 # closes which all resulted to NADA.

My rate of lays on actual-dating sites had been about 60% from the girl’s I # exchanged.

Not saying it’s impossible to get laid from Facebook. But it’s sure not easy.