A while ago, I meant to create a blog category entitled “Grooming Tips”, but it eluded me for months.

If guys are planning on getting their social on, 1 key tip to ensure that the girl you’re chatting up wont give you that funny stare, is to “Clean those nails”.

This tip seems so benign and well-common sensical. But a lot of guys actually ignore trimming and cleaning their nails.

I’m a guy! And it’s already well accepted that women are more socially aware and and observant than us.

So if I’m able to spot guys holding their drinks with dirty ass nails at the bar…,imagine the women in the venue.

I generally don’t give advice to my wingmen when were out [some people are adverse to taking advice]. But I once had to tell Soul Brother (1 of my wing) that some hotties next to me at the bar were talking shit about his nails being dirty and unkempt.

Simple shit like that can surely fuck up your game before you even think about opening that set of girls.

Hence the true saying in the community: “A girl actually rejects you before you even think about opening your mouth”. 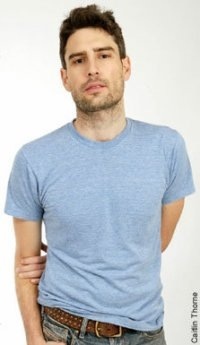 Contrary to popular belief: having some facial hair ‘is’ attractive to women.

I didn’t need a PHD in grooming to reach this conclusion; just friggin’ ask women, it is that simple!

I personally took a survey among my female-Facebook friends, where I’d asked each one of them, “Is facial hair a turn off”?

The answers surprised the shit out of me!

A whopping 80% of the females said NO! Having some scruffs and stubbles are NOT turn offs.

The remanding 20% were pretty much neutral or undecided.

Prior to my survey, I was totally against the scruffy-look while trying to attract women and get my game on.

But I have to give props to the NYC-dating coach Paul Janka, who was the first pick-up artist to advocate this look.

Prior to Paul’s emergence on the scene as a friggin’ rockstar, most dating coaches and gurus were rocking the traditional goatee or clean-shaven look.

While every pick-up artist was pushing the “must be well-groomed” slogan, Paul Janka was still getting laid in NYC [his mantra] like a wild rabbit with 10 dicks.

The human psychology behind this is pretty interesting and quite elementary:

When a girl spots a guy she’s sexually attracted to, she isn’t saying to herself, “I wonder what it would be like making love with this guy: preferably in a Pasteur of pink roses well perfumed”.

She’s saying to herself, “I wonder what it’d be like being banged hard by that fucking stud: preferably untop of the kitchen table. Or somewhere adventurous and steamy where I can smell the pheromones oozing from his sweaty body”!

Ok I exaggerated the hell out of that one. But y’all get the point.

So,what is the correlation between rough sex and a guy having rough/scruffy facial hair?

As I explained above, “the rough look appeals to a woman’s sense of sex, probably more so than a well-groomed look.

This all ties into the “Badboy” persona, which chiccs just go awol over. Think of the Fonz if he had the scruffy-facial hair look to his character. Women would absolutely go nuts over him,eventhough he was already a chick-magnet.

Now I’m not saying that every guy should kick his barber to the curb, or toss his manual razors in the dumpster and start growing some facial hair.

But a key insight for me here is, I don’t have to proverbially kill myself if I happen to miss an appointment with the local barber.

Or if my clippers go missing or some shit, I won’t have to panic as if the world’s about to end.

I can still confidently head out to the bar to get my social on, despite looking a bit rough in the face.