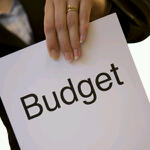 I suck ridiculously at economizing and saving money!!

Raw-Sobering Truth:
*I’m now 30 with a savings/checking account of less than $30…in both-combined!!

I cannot save a dime if it meant saving my life.

What has been my sticking point and achilles’ heel?

Then fucking what Kenny!!!?

Just a wild guesstimation:I’d say that I spent more than 65% of my income over the last 10 years on clubbing, partying and bar hopping.

By extension: clothes and new gear (fashion), which is primarily for my nightlife excursions.

In retrospect, I’d probably blown upwards of a million dollars(slight exaggeration but…) on booze, buying rounds of booze, exotic cocktails($25) and entrance fee to the most exclusive joints in the Caribbean (which is about $50-$60).

On average, a Friday night of clubbing could run me about $250.

The following night (a Saturday), I’d blow about $150 at a Spanish bar.

So that’s a grand total of $600 fucking dollars within 3 night of partying!!!

I’d been doing that since 2003 essentially.

Perhaps the global recession around 2008 was a blessing in disguise for me (since I was laid off)?

BTW, who said it was cheap being the self-proclaimed “King Of Nightlife” LOL?

Now, in spite of NOT being able to save a penny for the last 10 years virtually, I do have the know how (strangely enough).

It’s just the will and skill to apply that “know-how”.

Plus I learned a lot since 2009 from my man Ramit’s blog, I will teach you to be rich.

His book is a New York Time’s best seller!

He offers out-of-box advice on saving, from a young person’s perspective, opposed to financial advice for old retirees, with the same-old rhetoric.

As Ramit advised on an episode of the Pick-Up Podcast Show(download interview here,“Don’t kill your brains on the minutia, like should I buy this latte…”.

A $3 latte is insignificant in the grand scheme of managing money.

My prob’ isn’t spending too much on coffee and buns for breakfast[perhaps $18 per week].

That issue I need to handle!!!

So far, I managed to save 25% of my net income from my previous paycheck [big progress].

Sunday night I went clubbing (as usual), but I only took the exact amount of cash I’d need to buy 2 drinks [opposed to taking $200 as customary]!!

Did my buddies hit me up for drinks then called me a cheap-ass when I didn’t oblige?

I felt GREAT afterwards, knowing that I only spent a total of $25, which would’ve been $250 if I wasn’t managing money.

•keep a LITERAL calendar to mark the days I get paid,and how much I will save (from that paycheck).

•Downloaded an iPhone app which serves the same purpose as the calendar (keep track of income & expenditure).

•Chatted with Emilio @ the bar (an associate), who told me that he made a pledge to himself, to not under any circumstance, spend a dime of his savings. “Doesn’t matter if I’m starving”!

Now that’s the type of self-discipline and mantra I need in my life!

Not blowing cash makes me feel like a drugee withdrawing from heroin: cold-turkey style [whatever the fuck that feels like,but I heard it’s hellish].

I virtually have a trigger-finger itch to spend on impulse.

These few days have been a battle between will and desire [will to save,desire to spend].

The biggest part as to why I’m saving is; a “GOAL”.

I notice that without a goal; it’s impossible for me to economize and save squat!

Lot of us are disciplined enough to save “just because” [no tangible goal required].

Spend-thrifters like I am,need a short-term goal and a tangible reason to save cash and manage our finances.

And don’t tell me that I need to save in order to purchase a beach condo 20 years from now!

My short-term goal for the remainder of 2012, is to save for a trip to Bermuda with my man Big John from NYC.

•I’ve also realized that once you made joint plans with someone else, you’re more likely to adhere to it as you feel a sense of obligation.

•Plus the person could call you out as a bullshitter, bad for business, etc. if you fuck up on the joint venture.

So he’s basically waiting on me to put up, shut up and accumulate some dinero!

There’s no way in hell I can now screw up my finances/savings, when I made plans with someone else.

Perhaps I’m the only one who needs to think out the box to manage his-her finances.

I’m only a week and a half in (to saving up for this trip), but it’s going pretty well so far.

At the saving’s rate of at least 15% of my income, by mid November (trip’s date), I will have accumulated enough funds for airfare (round trip) ,hotel (3-star), car rental and clubbing/picking up chics.

Hopefully after this trial run of managing and saving money, I’d be able to save towards bigger/longer goals: kids (I have 2), home purchase, unforeseen-future occurrences, 401k (retirement), etc.

Check out Ramit’s blog[I will teach you to be rich], for some revolutionary tips on managing your finances (from automating payments, credit card tips and tricks, how to out negotiate a bank, merchants, etc.).

And tell him I sent ya!

Also, I’d be interesting to hear some ideas and advice on saving money from my my readers’ perspectives. 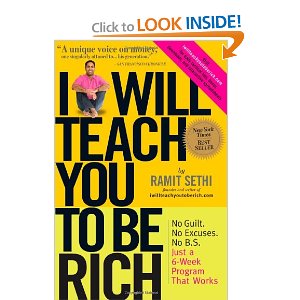